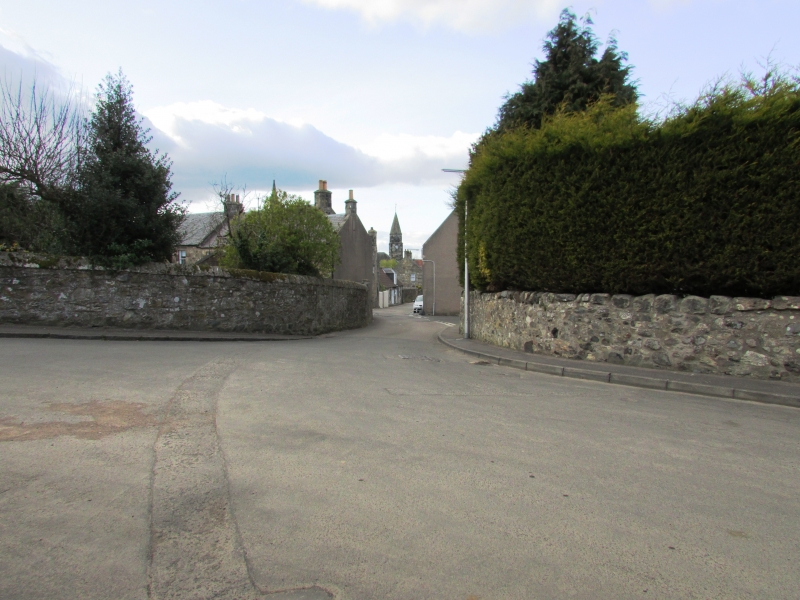 Use two fingers to pan or zoom the map

Falkland is a town in Fife

Location and coordinates are for the approximate centre of Falkland within this administrative area. Geographic features and populated places may cross administrative borders.

Falkland, ancient royal burgh, small town, and par. (ry. sta. Falkland Road, 2½ miles SE.), Fifeshire, at N. foot of East Lomond Hill, 22 miles NW. of Edinburgh --par., 8265 ac., pop. 2698; royal burgh, pop. 972; town, pop. 1068; P.O., T.O., 1 Bank; has some weaving and flax-spinning. Falkland was constituted a royal burgh by James II., 1458. In Falkland Castle, originally a stronghold of the earls of Fife, David, Duke of Rothesay, eldest son of Robert III., was imprisoned and starved to death, 1402. Falkland Palace is supposed to have been begun by James II.; it was completed by James V., who died there, 1542. It had a fine park with abundance of deer, and was a frequent residence of James VI.; the oaks of the park were cut down by Cromwell to build a fort at Perth. In 1715 Falkland Palace was garrisoned by Rob Roy. What remains of it has been renovated, and it is now occupied as a dwelling-house. A little W. of the town is Falkland House, seat; 1 m. E. is Newton of Falkland, vil.